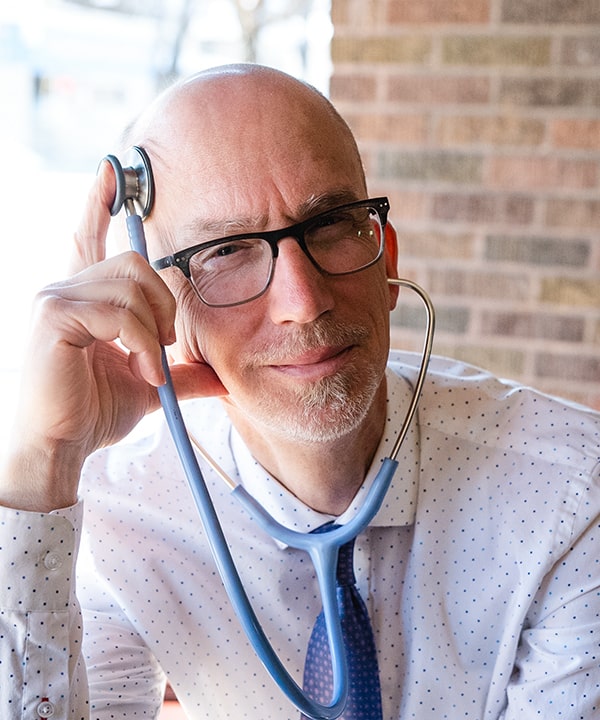 Dr. Craig Bowron, M.D., FACP, is a practicing physician and a board-certified internist. He works with first-year medical students at the University of Minnesota Medical School and trains resident physicians at the Internal Medicine Residency Program of Abbott Northwestern Hospital in Minneapolis. He has appeared on ABC and CBS affiliates in the Twin Cities and frequently as a guest and commentator on Minnesota Public Radio’s MPR Morning Edition and MPR News with Kerri Miller. He speaks at numerous health conferences, and his writing has appeared in the pages of Forbes, Slate, Washington Post, Huffington Post, KevinMD.com, MarketWatch, Next Avenue, Minnesota Monthly, and MinnPost. The Minnesota Chapter of the Society of Professional Journalists gave him their Page One Award, and the Minnesota Magazine and Publication Association named his Minnesota Monthly column the best general interest column for a 60,000-plus circulation magazine. Dr. Bowron is member of the Association of Health Care Journalists and a fellow of the American College of Physicians and author of Man Overboard!