Mayo Clinic researchers have confirmed the accuracy of a minimally invasive method to detect and help prevent esophageal cancer in patients at risk of Barrett’s esophagus and esophageal cancer.

“The challenge with the most common type of esophageal cancer in the West, adenocarcinoma, is that 80% to 90% of cases come to us at an advanced stage,” said Prasad G. Iyer, M.D., a gastroenterologist at Mayo Clinic in Rochester, Minnesota. “These patients can’t swallow. When esophageal cancer is diagnosed at that point, only about 20% of patients survive five years.”

If esophageal cancer is found early, the survival rate is much higher. “If you diagnose this cancer before the onset of symptoms, survival is 80% or 90%,” Dr. Iyer said. “Early detection is a real opportunity to save lives.”

The only symptom of Barrett’s esophagus is reflux, and while patients with reflux often take medication to relieve symptoms, they are rarely tested for Barrett’s esophagus or esophageal cancer. These conditions are currently diagnosed using an endoscope, which involves an invasive, expensive procedure that requires sedation.

Dr. Iyer and his team developed a method to diagnose Barrett’s esophagus and esophageal cancer using a compressed sponge on a string inside a capsule covered with a dissolvable shell. A patient undergoing the test swallows the capsule with a few sips of water. Within eight minutes, the capsule dissolves and releases the sponge, which is then pulled out using the attached string. As it’s pulled out, the sponge collects cell samples along the entire esophagus, which are then tested for five biomarkers that are consistent with cancer or precancer.

In this new study to confirm accuracy of the sponge method, 268 participants swallowed a sponge capsule, and the expanded sponge was removed with the attached cord eight minutes later. Patients then underwent endoscopy within 24 hours. The sponge on a string was well tolerated — 95% of participants preferred it to endoscopy. The five biomarkers used in the sponge test accurately identified 92% of Barrett’s esophagus or esophageal cancer cases, while correctly determining no presence of precancer or cancer 94% of the time.

Participants were recruited for the study at Mayo Clinic’s campuses in Rochester, Minnesota, and Jacksonville, Florida, and at Mayo Clinic Health System in Austin, Minnesota. The sponge test was administered by both physicians and nurses, with comparable success rates.

“The whole procedure takes about 10 minutes, doesn’t require sedation, will be substantially less expensive than endoscopy and can be completed by a nurse in a primary care office,” Dr. Iyer noted. Results of their new study were published in the August 2020 issue of the American Journal of Gastroenterology. The research team initially documented the discovery and validation of the biomarkers used in the sponge test, along with results of a pilot study, in the American Journal of Gastroenterology in 2018.

Dr. Iyer and his colleagues used the data they compiled from these two studies to obtain a grant from the National Cancer Institute. Their research project, “Minimally Invasive Molecular Approaches for the Detection of Barrett’s Esophagus and Esophageal Adenocarcinoma,” includes a clinical trial with 1,500 participants in the Mayo Clinic Health System. John B. Kisiel, M.D., also a gastroenterologist at Mayo Clinic in Rochester, Minnesota, will partner with Dr. Iyer on this grant. Drs. Iyer and Kisiel are developing biomarker assays for the trial in collaboration with Exact Sciences.

In 2021, another study led by Dr. Iyer published in Gastrointestinal Endoscopy reconfirmed the safety and tolerability of the sponge test. The 2021 study also found that using three biomarkers achieved similarly accurate results compared to the previous test that used five biomarkers.

“We are making great progress in developing a minimally invasive tool to detect esophageal cancer and its precursor early,” Dr. Iyer said. “This test has the potential to dramatically alter the accessibility, cost and feasibility of testing.”

This article originally appeared on Forefront. 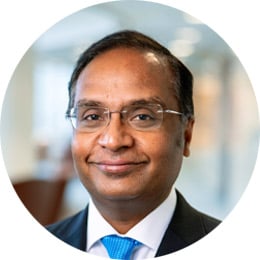 Dr. Iyer is a Mayo Clinic gastroenterologist whose research focuses on identifying noninvasive and accurate techniques for the early detection of esophageal neoplasia (precancerous conditions and early cancer) arising in Barrett’s esophagus, which is a complication of gastroesophageal reflux. 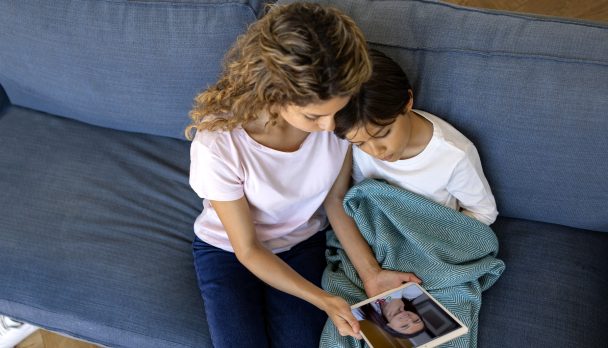