Barnacles stick to pretty much anything in or near the ocean and come in more than 1,000 species. They feed using a feathery net that extends out from their hard shells when they are submerged in water, collecting a microscopic feast.

On its way through the body, the oil layer helps the patch reach the site of the repair with less friction. Once there, pressure forces the oil layer away from the textured adhesive layer. Chemical bonds form between the adhesive and tissue. The layer on the opposite side of the adhesive is highly charged, which helps hydrate the patch, and prevents blood or bacteria from sticking to it. The connection also can be released using a fluid designed to break the chemical bonds without damage to the tissue.

This illustration, provided by the researchers, depicts the patch on a surgical stapler. The yellow layer is the silicone oil, which helps the patch move through the body to the place where it will be deployed.

During surgery, tools such as catheters could deliver a patch to the area in need of repair. Stitches or staples can be difficult to place or to keep in place if a patient has tissue weakness or a breakdown of tissues. A patch that wouldn’t add to the already present tissue trauma would be useful, says Dr. Nabzdyk.

Researchers from Massachusetts Institute of Technology and Mayo Clinic announce news of a proof-of-concept patch for surgical and emergency situations where stitches or staples would normally be used. Published in the journal Advanced Materials, the patch brings together three technological innovations into what may be a better way to close surgical incisions or tissue damage inside the body.

As inspiration, the scientists took a trick from one of the world’s clingiest creatures — barnacles. Any tide pooler who has tried to pry a barnacle off a seaside rock can tell you: Don’t bother. Whether on a rocky shore, a whale or a ship, barnacles stay put despite tide and time. At the other end of the spectrum, who hasn’t experienced the frustration of washing and covering a small cut, only to have the sticky bandage immediately fail, sliding off if the area isn’t entirely dry? There’s a reason why stitches or staples are used in surgery where blood and bodily fluids abound. Christoph Nabzdyk, M.D., a Mayo Clinic anesthesiologist and critical care specialist, explains that even so, stitches and staples are to some degree antiquated technologies.

“You have tissue trauma from surgery or due to other insults, and you create more trauma using stitches or staples to approximate the tissue edges,” says Dr. Nabzdyk. “It has been the standard of care, but you’re effectively poking new holes and causing more damage. And it can be difficult if there’s tissue weakness or partial breakdown of tissues, or simply difficult to physically get to. A lot of patients have comorbidities that render them susceptible for impaired healing. So it would be nice to have a device that you can apply without added trauma and have some redundancy if one stitch fails in a suture line.”

To avoid creating new holes and more trauma, in some cases surgeons can use surgical patching or technologies such as surgical glue. These are not new concepts, but it’s an arena that Dr. Nabzdyk and his colleagues in the lab of Professor Xuanhe Zhao, Ph.D., at Massachusetts Institute of Technology knew could use improvement. In a manuscript posted in December 2020, Dr. Nabzdyk and colleagues, describe how current products tend to be slow to adhere, weak in their ability to bond to tissue, too stiff for some tissues, or unable to be removed without damage to the skin underneath.

To address these issues, the team turned to barnacles.

The researchers determined that when these crustaceans prepare to settle down, they release a fatty liquid that cleans the area where they will lie and repels water. They then deploy proteins that adhere to their new home, be it on a whale, a ship or a shoreline rock.

Based on this idea, the researchers developed a clear, thin patch that’s stiff when dehydrated but flexible in an environment that has moisture. Before use, the patch is a firm, clear rectangle made of three layers: one that hydrates and repels contaminants, one that’s sticky, and an oily layer that allows the patch to glide through the body and avoid sticking to anything before it reaches its destination. The oily side is designed to be closest to the damaged tissue, and the anticontamination layer is on the side of the delivery system, say a catheter, forceps, or a surgeon’s hand.

The anticontamination layer uses charged molecules called zwitterions to create a shell of water around the patch. This helps prevent blood or bacteria from sticking to the patch. The adhesive layer is made up of various polymers that serve different functions, and the surface texture is made up of polymer granules that form a sort of tread similar to a car tire.

“This granulated polymer surface is important because it helps create an increased surface area and also allows for the protective fluid layer to stay in place while the patch is navigated through the blood,” says Sarah J. Wu, co-first author and a graduate student at Massachusetts Institute of Technology. Because the body has all kinds of natural lubrication, this gives the patch the ability to repel fluids that may stand in the way of forming adhesion.

“You can’t attach something to the liquid itself,” Wu says, “but you can eliminate the liquid by pushing it out through these microscopic channels and by applying pressure to expose the adhesive layer, allowing it to stick to a solid surface. Additionally, fluid is absorbed into the bioadhesive layer away from the target tissue surface to wick the contact area dry and promote the bonding process.”

In terms of the chemistry for the sticky layer, Hyunwoo Yuk, Ph.D., the other co-first author, explains that the adhesive layer contains reactive chemical groups that will nearly instantly form strong bonds with the surface of the body.

“They form strong bonds within seconds, and that is the key to the magic. It’s a pressure-trigger-activated benign chemical reaction on the surface between the adhesive layer and the tissue surface. The pressure application will displace the protective silicone oil phase that allows maneuvering of the patch to the site of deployment,” Dr. Yuk says.

Finally, the layer closest to the skin contains silicone oil. This type of oil is widely used as a lubricant for medical devices. It’s made to stay in place until pressure — no more than what a person could apply with their hand — expels it from the textured adhesive, pushing the body fluids out before it. Then the adhesive is able to stick to the tissue. It’s moldable and breaks down over time.

The new patch, which is in the early stages of development, is part of a suite of projects being developed by Dr. Nabzdyk and the Massachusetts Institute of Technology team. All the prototypes are in preclinical stages, but future clinical trials are planned across a wide spectrum of applications. One problem the patch seeks to solve is major arterial bleeding.

“I have seen a lot of patients with bleeding issues,” says Dr. Nabzdyk, “I see the challenges and hopefully ways that might move the field along.”

The patch does not require a patient’s blood to clot, which the team sees as a key advance.

“As you can imagine, bleeding can be so brisk that it will not stop by itself, and patients may also have added bleeding abnormalities,” he says. “During cardiac surgery patients receive strong blood thinners, so promoting coagulation of blood as mean to stop focal brisk bleeding is not a sufficient choice. But the patch functions based on a simple chemical reaction and is independent of coagulation.”

Another problem the patch takes on is how to seal up holes or tears in hollow organs.

Be it injured lungs or bleeding vessels, Dr. Nabzdyk sees many uses for something like their experimental patch. The research team is developing it for use with current tools, such as a standard surgical stapler or balloon catheters that can be threaded through the body to the site of the problem.

As a clinician with a biomedical research background, Dr. Nabzdyk bridges the clinical and the chemical engineering world. He and Mayo Clinic are both listed on the patent for this technology, as well as the researchers from Massachusetts Institute of Technology. And while Dr. Nabzdyk says 2020 was a difficult year for finding time to participate in research due to the increased ICU workload related to COVID-19, he was able to continue contributing to the project with help from Mayo colleagues.

“Mayo provides excellent clinical care, but also has an infrastructure to maximize people’s productivity and empower them. In the short time I’ve been here, I’ve met a lot of people who are willing to help build a research effort around such projects,” he says. “It’s been exhilarating because my co-authors are such gifted scientists. They’ve won prestigious awards for this other work, and witnessing their brilliance has been a great source of inspiration. Hopefully between our world-class institutions, we can bring this idea to fruition.”

In addition to Dr. Nabzdyk, other authors on the paper — all from Massachusetts Institute of Technology — are: Sarah J. Wu, Hyunwoo Yuk, Ph.D., Jingjing Wu, Ph.D., and Professor Xuanhe Zhao. Patents on this work are held by Sarah Wu, and Drs. Yuk, Nabzdyk, and Zhao. Full funding information is in the Advanced Materials article. 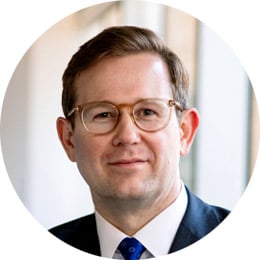 Dr. Nabzdyk is an anesthesiologist and critical care specialist. In addition to clinical expertise, he has experience working in the realm of biomaterials and discovery science. He began working on this project during a dual fellowship in cardiothoracic anesthesia and critical care medicine at Massachusetts General Hospital and Harvard Medical School in Boston.