Findings from a randomized controlled crossover study led by Naima Covassin, Ph.D., a cardiovascular medicine researcher at Mayo Clinic, show that lack of sufficient sleep led to a 9% increase in total abdominal fat area and an 11% increase in abdominal visceral fat, compared to control sleep. Visceral fat is deposited deep inside the abdomen around internal organs and is strongly linked to cardiac and metabolic diseases.

The findings are published in the Journal of the American College of Cardiology, and the study was funded by the National Heart, Lung and Blood Institute.

Lack of sufficient sleep is often a behavior choice, and this choice has become increasingly pervasive. More than one-third of adults in the U.S. routinely do not get enough sleep, in part due to shift work, and smart devices and social networks being used during traditional sleep times. Also, people tend to eat more during longer waking hours without increasing physical activity.

“Our findings show that shortened sleep, even in young, healthy and relatively lean subjects, is associated with an increase in calorie intake, a very small increase in weight, and a significant increase in fat accumulation inside the belly,” says Virend Somers, M.D., Ph.D., the Alice Sheets Marriott Professor of Cardiovascular Medicine, and principal investigator of the study.

“Normally, fat is preferentially deposited subcutaneously or under the skin. However, the inadequate sleep appears to redirect fat to the more dangerous visceral compartment. Importantly, although during recovery sleep there was a decrease in calorie intake and weight, visceral fat continued to increase. This suggests that inadequate sleep is a previously unrecognized trigger for visceral fat deposition, and that catch-up sleep, at least in the short term, does not reverse the visceral fat accumulation. In the long term, these findings implicate inadequate sleep as a contributor to the epidemics of obesity, cardiovascular and metabolic diseases,” says Dr. Somers.

The study cohort consisted of 12 healthy people who were not obese, each spending two 21-day sessions in the inpatient setting. Participants were randomly assigned to the control (normal sleep) group or restricted sleep group during one session and the opposite during the next session, after a three-month washout period. Each group had access to free choice of food throughout the study. Researchers monitored and measured energy intake; energy expenditure; body weight; body composition; fat distribution, including visceral fat or fat inside the belly; and circulating appetite biomarkers.

The first four days were an acclimation period. During this time, all participants were allowed nine hours in bed to sleep. For the following two weeks, the restricted sleep group was allowed four hours of sleep and the control group maintained with nine hours. This was followed by three days and nights of recovery with nine hours in bed for both groups.

The participants consumed more than 300 extra calories per day during sleep restriction, eating approximately 13% more protein and 17% more fat, compared to the acclimation stage. That increase in consumption was highest in the early days of sleep deprivation and then tapered off to starting levels during the recovery period. Energy expenditure stayed mostly the same throughout.

“The visceral fat accumulation was only detected by CT scan and would otherwise have been missed, especially since the increase in weight was quite modest — only about a pound,” Dr. Covassin says. “Measures of weight alone would be falsely reassuring in terms of the health consequences of inadequate sleep. Also concerning are the potential effects of repeated periods of inadequate sleep in terms of progressive and cumulative increases in visceral fat over several years.”

Dr. Somers says behavioral interventions, such as increased exercise and healthy food choices, need to be considered for people who cannot easily avoid sleep disruption, such as shift workers. More study is needed to determine how these findings in healthy young people relate to people at higher risk, such as those who are already obese, or have metabolic syndrome or diabetes. 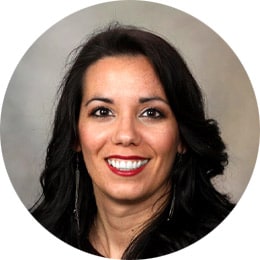 Dr. Covassin is a cardiovascular medicine researcher at Mayo Clinic in Rochester, Minnesota. 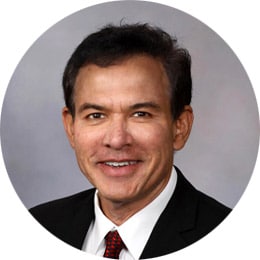 Dr. Somers is a cardiologist and director of the sleep facility within Mayo Clinic’s Center for Clinical and Translational Science in Rochester, Minnesota.