Nearly 25 years ago, a 10-year-old boy was admitted to Mayo Clinic Children’s Center after being rescued from the bottom of a public pool. To resuscitate the boy, first responders delivered a lifesaving shock from an automatic external defibrillator to his chest poolside. Michael Ackerman, M.D., Ph.D., a pediatric resident at the time, recalls thinking that most children in a near-drowning situation do not require an electric shock to revive them. He wondered if the boy had a heart rhythm condition called long QT syndrome that could have caused him to faint while swimming.

In the months and years since, Dr. Ackerman and his research team have identified the disease-causing variant in the boy and many of his family members, as well as thousands of others with this specific genetic heart disease. Advances in medicine, including beta blockers, surgery and implantable defibrillators, have greatly reduced the risk of sudden cardiac death for people with long QT syndrome. But the treatments come with a slew of unwanted side effects, and Dr. Ackerman wants to do better. His laboratory is involved in early research to develop a gene therapy that could forever fix the genetic defects that cause chaotic, life-threatening heartbeats.

Dr. Ackerman is part of a cadre of researchers at Mayo Clinic who are pushing the limits of what is possible with gene therapy. They are looking beyond simply saving lives to improving the quality of life for people dealing with heart disease, liver disease and arthritis. If they are successful, gene therapy could have an even greater impact on human health than previously imagined. But first, the researchers must prove their gene therapy’s worth in laboratory experiments, animal testing and human trials.

An estimated 1 in 2,000 people have long QT syndrome, which if left untreated kills nearly half of its highest risk patients within 10 years of diagnosis. The condition results from a defect in the ion channels that control the flow of electrically charged particles, such as potassium and sodium, that power the heart. When the channels don’t work like they should, the heart takes longer to recharge between beats.

Dr. Ackerman says fixing this defect is not straightforward. The CRISPR/Cas9 gene-editing technology being used to correct a single genetic typo in conditions such as sickle cell disease would not be practical for long QT syndrome, which is caused by thousands of variants.

“You can’t edit each and every one of them,” says Dr. Ackerman.

In addition, simply adding in a normal copy of the gene won’t work either, as many of these long QT syndrome-causative variants have a dominant negative effect ― meaning the defective version of the gene would block any positive effects exerted by a normal version.

Four years ago, Steven Dotzler, then a M.D.-Ph.D. student in the Mayo Clinic Graduate School of Biomedical Sciences working in Dr. Ackerman’s lab, and William Gendron, then a graduate student in the lab of Michael Barry, Ph.D., envisioned a possible solution with an ingenious two-part strategy known as suppression and replacement, or SupRep.

One part of the gene therapy suppresses both copies of the gene that the patient naturally carries, while the other part provides a fully functioning replacement. This out-with-the-old, in-with-the-new approach, as Dr. Ackerman calls it, has been explored in animal models of two genetic disorders not involving the heart: retinitis pigmentosa, which affects the eyes, and alpha anti-trypsin deficiency, which affects the lung and liver.

After receiving a seed grant from Mayo Clinic’s Center for Individualized Medicine, Steven Dotzler and other members of Ackerman’s team tested their SupRep gene therapy in beating heart cells reengineered from blood samples of patients with type 1 or type 2 long QT syndrome.

In partnership with Mayo Clinic’s Center for Regenerative Medicine, these patient-specific, reengineered heart cells were created by sending the patient’s white blood cells back in time, so to speak, to become induced pluripotent stem cells and then providing them new instructions to transform into beating heart cells. By applying electrodes or voltage-sensing dye to the treated cells, the researchers measured the cellular equivalent of the QT interval, which is the heart cell’s action potential duration. They showed that the gene therapy returned the heart cells’ recharging time back to normal.

Having effectively cured the “disease-in-a-dish,” Dr. Ackerman’s lab is now testing their gene therapy approach in rabbits engineered to have type 1 or type 2 long QT syndrome. Dr. Ackerman says they are using the model to clarify if the technology can deliver the therapeutic cargo uniformly throughout the heart of the rabbits, minimizing patchy delivery of the new ion channels that otherwise could shorten the QT interval in some cells but not others and potentially worsen things.

“The beauty of using this in a large animal model is that if we confirm that it effectively cures those long QT rabbits, we are one step away from trialing this in our most fragile of patients with long QT syndrome who continue to have near death-experiences despite all of our current treatments,” Dr. Ackerman says. “The hope is that we eventually find ourselves in a new day where we have a one-time solution, rather than an every-day-of-your life beta blocker existence.” 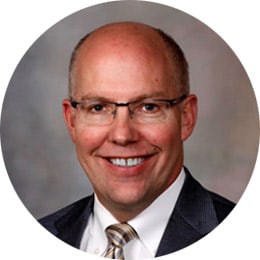