Using these regenerative technologies, Robert Huebert, M.D., and Nidhi Jalan Sakrikar, Ph.D., also confirmed that primary sclerosing cholangitis has links to cellular senescence, a feature of aging cells. This research lays the foundation for additional disease modeling to better understand progression of a complex condition that until now has been poorly understood.

“We and others have developed methods of coaxing stem cells to become bile duct cells in the laboratory. This is done by exposing the cells to a specific series of growth factors that mimic natural bile duct development,” says Dr. Huebert, senior author and transplant hepatologist at Mayo Clinic. “We are using this model as a platform to investigate, on a molecular level, what is driving this devastating liver disorder.”

Primary sclerosing cholangitis attacks the bile duct, causing inflammation and scarring that damages the liver. Bile ducts carry digestive liquid bile from the liver to the small intestine. With no known therapies, the only hope for people in advanced stages of primary sclerosing cholangitis is a liver transplant. The disease affects approximately 1 in 10,000 people.

Regenerative medicine is a new field of practice that seeks to repair or replace damaged cells and tissues that drive disease. Mayo Clinic’s Center for Regenerative Medicine supports Dr. Huebert’s research as part of its objective of bringing new regenerative cures to the practice.

Working with the Center for Regenerative Medicine Biotrust, Dr. Huebert’s team created 3D “ducts in a dish,” which are individualized organoids, or tissue cultures, that offer a new window into the triggers of primary sclerosing cholangitis.

They collected skin fibroblasts, or cells, from people with liver disease and engineered bile duct cells derived from induced pluripotent stem cells. The process is like turning the clock back in time to when the stem cells were first forming in the mother’s womb. At that time, cells were dividing and differentiating, and could become any type of cell or tissue with healing potential within the body. The team also collected skin cells from healthy people and created a biobank where they could compare healthy and diseased cells.

“We found that the cells and organoids derived from the patients with primary sclerosing cholangitis are intrinsically predisposed to cellular senescence — a state in which cells remain metabolically active but are unable to regenerate. Intriguingly, this state of senescence is only unmasked after the cells have been differentiated to bile duct cells,” says Dr. Jalan Sakrikar, first author. “The work also highlights that pluripotent stem cell technology can be utilized to study certain aspects of complex disorders.”

The research team performed additional testing on the reprogrammed bile duct cells to investigate the links to senescent cells. Also known as zombie cells, senescent cells secrete harmful proteins and chemicals that contribute to disease and failing health. In the liver, these secreted proteins can activate hepatic stellate cells and lead to the liver fibrosis that characterizes advanced disease.

“The engineered bile duct cells derived from patients with primary sclerosing cholangitis are intrinsically predisposed to cellular senescence and its consequences, presumably through genetic and/or epigenetic mechanisms,” says Dr. Huebert. “This raises many profound questions about how genetic and epigenetic factors may contribute to disease pathogenesis.”

The ability to recreate 3D “disease in a dish” tissues through regenerative technology provides researchers a way to overcome the lack of available human models to study liver disease. Additional research will be needed to confirm the new preclinical findings and answer new questions raised before the discoveries can be applied to daily clinical care. 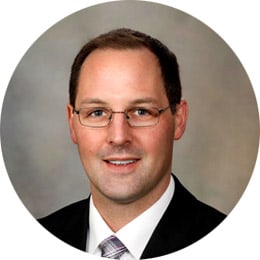 Dr. Huebert is a transplant hepatologist at Mayo Clinic in Rochester, Minnesota. 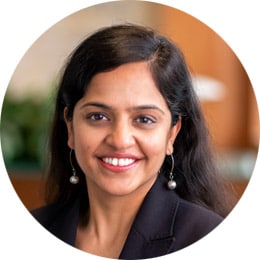