It is well-established that the human body’s microbiome ― the bacteria in the gut ― dramatically affects health and disease. However, the role of the gut in women’s health outcomes is largely unknown. Mayo Clinic and Wellesley College researchers focused on how the interactions of steroids on gut and vaginal microbiomes influence women’s health outcomes in a review published in Trends in Endocrinology & Metabolism.

“We can characterize each phase of a woman’s life by distinct hormonal states that drive the overall makeup between the gut and vaginal microbiomes,” says Marina Walther-Antonio, Ph.D., a researcher in Mayo Clinic’s Department of Surgery who has a joint appointment in Mayo Clinic’s Department of Obstetrics and Gynecology. “These host-microbiome interactions underlie disease pathology in disorders affecting women across their lifetime, including bacterial vaginosis, gestational diabetes, polycystic ovary syndrome, anxiety, depression and obesity.”

Researchers looked at how sex steroids change gut and vaginal microbiota ― that is, those microorganisms that inhabit the body, including bacteria, viruses, archaea, protozoa and fungi. Researchers went on to link the composition and function of these microbiota. The sudden surge in sex steroid levels during puberty is associated with lower diversity of vaginal microbiota. This lower diversity suggests that the increase in steroid hormones at puberty creates a new environment, shaping the adult female gut and vaginal microbiomes.

The role of the gut-brain axis

Mounting evidence suggests that steroids and gut microbiota acting via the gut-brain axis influence mental health changes, including depression, postpartum depression, and anxiety, that can occur throughout a woman’s life phases.

Anxiety disorders peak during adolescence, and females have anxiety more commonly and with greater severity than males. This sex difference may be due to the interactions between estrogens and the hypothalamic-pituitary-adrenal axis. Researchers state that although the exact cause is poorly understood, hormonal fluctuations throughout the menstrual cycle influence mood, particularly anxiety and depression, in premenstrual syndrome and premenstrual dysphoric disorder.

Although it is well-established that the gut microbiota affects brain health and disease through the gut microbiome-brain axis, future research on the effects of the vaginal microbiota is necessary to determine similar influences.

The role of the menstrual cycle on gut microbiota

The role of menopause on gut microbiota

In addition to changes in the hormonal milieu, menopause also involves alterations in microbiota. While young adult women have more diverse gut microbiota than their male counterparts, this sex difference is not observed in older adults, suggesting that the lack of ovarian steroids after menopause may affect the gut microbiota. The vaginal microbiome changes in tandem with hormonal fluctuations as women enter their menopausal years. Decreased estrogen levels can cause vulvovaginal atrophy and decreased vaginal secretions that contain nutrients to support bacterial growth. Consequently, increased vaginal pH is observed universally across postmenopausal women. However, differences in postmenopausal women’s previous contraceptives and reproductive history can contribute to variation in specific microbial makeup and diversity.

Researchers noted that there are glaring gaps in the current knowledge and understanding of the ways women’s health is influenced over their lifetime by the interactions between steroids, the gut microbiota and the vaginal microbiota. Researchers identified many outstanding questions on topics that need further research. 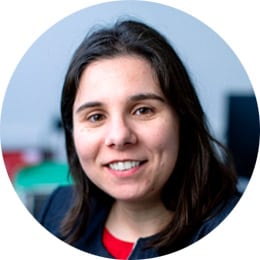