Articles or online posts — even other articles on this blog — are now often using phrases like “person with a uterus,” “pregnant person” or “anyone with a prostate,” instead of the words “woman” or “man.”

Some people may find this phrasing awkward or wonder why it is used — believing that the words “men” and “women” are simpler. The change in language could even feel challenging or threatening.

“Controversy is created when people feel like gender-neutral terms are erasing the gender binary. And that’s when we get a little bit of pushback, because some say, ‘Well then, you’re basically saying that men or women don’t exist,’ ” says Cesar Gonzalez, Ph.D., L.P. (he/they), a clinical health psychologist and clinical director of the Transgender and Intersex Specialty Care Clinic at Mayo Clinic. “That’s not what we’re saying.”

Dr. Gonzalez and Caroline Davidge-Pitts, M.B., B.Ch. (she/her), an endocrinologist and medical director of the Transgender and Intersex Specialty Care Clinic, routinely work with transgender, nonbinary and intersex individuals. They say gender-neutral terms, especially in medicine, aren’t meant to exclude anyone or imply that gender and sex don’t matter.

“The push for gender-neutral terms is really to bring people into the conversation so that they’re included in important medical decisions and discussions,” Dr. Davidge-Pitts says.

The purpose is to use terms that are accurate and apply to you no matter your sex or gender identity.

Think about pregnancy, which is often viewed as being an exclusively female phenomenon. It’s easy to use the term “pregnant women” without a second thought.

But there are transmasculine individuals who may become pregnant, and they don’t feel that the term “pregnant women” applies to them. The more neutral term “pregnant person” can apply to someone who is male, female or nonbinary, and everyone is included.

Is using a term that doesn’t apply to everyone really so bad?

Using exclusive terms can be harmful. As an example, contraception is sometimes defined as ways for women to prevent pregnancy, says Dr. Davidge-Pitts.

And unfortunately, medical discrimination is just one of the many types of discrimination that people who don’t conform to the gender binary may face.

“People who don’t fit into boxes are the ones who experience the most stigma, the most discrimination, the most harassment, the most health disparities,” Dr. Gonzalez says.

Are there really that many people out there who fit these terms?

“I think people assume that gender-diverse individuals are a very small percentage of the population. So why would we change large structural norms for a very small group of people?” Dr. Davidge-Pitts says. “With the data on the increasing amount of people identifying as gender diverse with each generation, we realize that in fact gender diversity is very much part of our society.”

Do you use gender-neutral medical terms with individual people?

But Dr. Gonzalez says that when talking to individuals, it’s often best to start with more-general gender-neutral terms, and then as you get to know people, use whatever terms they prefer.

For example, the term “vagina” can be emotionally loaded for a transmasculine person. In some instances, terms like these can bring up past trauma associated with identity or transition.

Some terms like period are technically gender-neutral but are loaded with a history of gendered connotations and stigma. Because of this, they can sometimes activate negative emotions or anxiety.

For other people, gendered terms can actually be very affirming and validating. They may prefer to use traditionally gendered terms like vagina. But doctors can’t read minds, Dr. Gonzalez says, so they need to ask the individual about preferred terms.

“I never think it’s a bad idea to use general terms for anyone up front until you’re able to gauge someone’s comfort with specific anatomical or medical terms,” she says.

Dr. Gonzalez adds that gender-neutral language may offer some protection against sexism and gender bias. Historically, women have had pain and other issues dismissed because of bias — such as doctors assuming that medical problems must be related to monthly cycles and aren’t worth investigating further.

“Sex does impact what’s going on medically — because of anatomy, sex hormones and the way substances, such as medicines, are metabolized,” Dr. Gonzalez says. “At the same time, we should think more systematically … and not make health issues just about sex and gender.” 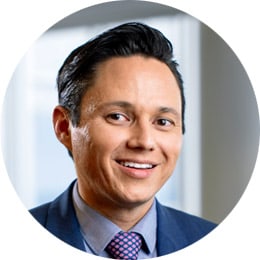 Cesar Gonzalez, PhD, ABPP, is a clinical health psychologist and clinical director of the Transgender and Intersex Specialty Care Clinic in Rochester, Minnesota. Follow him on Twitter @DrCesarGonzalez.

Caroline Davidge-Pitts, M.B., B.Ch., is an associate professor of medicine and the medical director of the Transgender and Intersex Specialty Care Clinic. She is a consultant in the division of Endocrinology, Diabetes and Nutrition at Mayo Clinic in Rochester, Minnesota. Follow her on Twitter @davidgepitts. 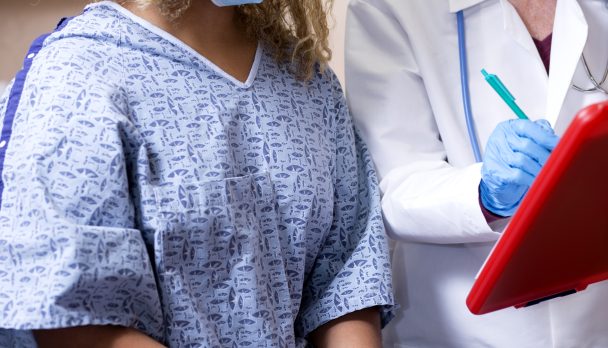